On Tuesday, February 4, Ventura County Public Health issued an updated advisory for schools to appropriately respond to concerns about the novel coronavirus (2019-nCoV). The updated advisory is based on the publication of new guidelines from the federal Centers for Disease Control and Prevention (CDC).

The change from the original advisory issued by Ventura County Public Health on February 3 concerns school children who have returned from mainland China, but who had NOT visited Hubei Province, which is home to the city of Wuhan, the epicenter of the virus. Here are the key points:

• Students who returned to the United States from mainland China, but who had NOT visited Hubei Province, on February 3 or later are now advised to remain at home for 14 days before returning to school.
• If the student visited another country after leaving mainland China but before returning to the United States and has not shown any symptoms, the 14 day period should be reduced by the number of days spent in that other country.
• If parents notice symptoms in their student who is staying home during the 14 day period, they should contact Ventura County Public Health at 805-981-5201.
These guidelines from the February 3 advisory remain in effect:

• Any student who has been in China’s Hubei province (home of Wuhan, the epicenter of the virus) within the last 14 days will be subject to up to 14 days of mandatory quarantine. It is likely that these children are already being quarantined on a military base near their point of entry into the United States.
• Any student returning from anywhere in China in the preceding 14 days who develops a fever and/or respiratory symptoms should be quarantined in their home until he or she has seen a physician and has been cleared by the Ventura County Health Department.
Download File 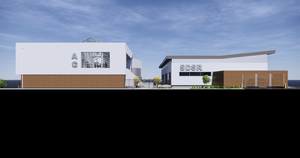 The Governing Board adopted adopted Board Policies 0000 and 0200 (Vision, Mission, Core Values, and Strategic Goals) at the December 18, 2018 board meeting. A digital version of the updated board policy accompanies this post.
Download File

FUSD is commited to equal opportunities for all individuals. Please click on the title above for more information.
Read More »