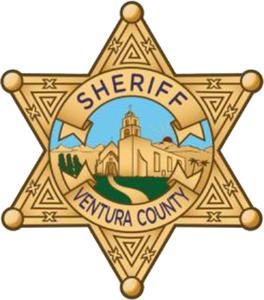 The Fillmore Police Department conducted a multi-agency evacuation and search of Fillmore High School in response to a bomb threat.
At approximately 10:00 AM, the front office of the Fillmore High School received a bomb threat to the school’s campus. The high school’s staff immediately notified the School Resource Officers (SRO), who were able to coordinate with patrol deputies and the high school and Fillmore School District a safe evacuation of all students and staff within minutes of the threat.
Members of the Sherriff’s Bomb/Arson Unit, Fillmore Detectives, and Fillmore Patrol Deputies arrived to assist with a search of the school. Several K-9 Units assigned to surrounding law enforcement agencies also responded with K-9’s trained in bomb detection provided mutual aid for the search.
The responding units conducted an extensive search of the high school’s campus. The search teams found no evidence of bombs or suspicious items. The teams determined the school to be safe, and students were allowed to return to campus for their final classes.
The Fillmore School District worked closely with Fillmore Police Department to provide support and safety for the students during the evacuation. Fillmore School District staff and the Fillmore Police Department set up a central location for parents who wanted to pick up their children before the end of school.
The SRO’s close partnership with the high school and the school district staff allowed for the prompt response of patrol units and school support resources for the safety and care of the students. The Fillmore Police Department takes pride its relationship with the Fillmore School District and its schools which led to an efficient and coordinated effort during this incident.
The investigation into the threats is ongoing. Anyone with information regarding the threats is encouraged to call the Fillmore Police Department or Ventura County Crime Stoppers at the below listed numbers.
Nature of Incident: Bomb Threat
Report Number: 22-44615
Location: Fillmore High School
Date & Time: 04/06/2022 10:00 AM
Unit(s) Responsible: Fillmore Patrol, Fillmore Detective Bureau, School Resource Officer Unit, Sheriff’s Bomb/Arson Unit, Several Police K-9 Units
Prepared by: Sergeant Will Hollowell
News Release Date: 04/06/2022
Media Follow-Up Contact: Fillmore Police Department, Deputy Jonathan Schnereger, (805) 524-2233
Fillmore School District: Fillmore Superintendent Christine Schieferle, (805) 524-6036
Approved by: Captain Jose Rivera
Ventura County Crime Stoppers will pay up to $1,000 reward for information, which leads to the arrest and criminal complaint against the person(s) responsible for this crime. The caller may remain anonymous. The call is not recorded. Call Crime Stoppers at 800-222-TIPS (8477).