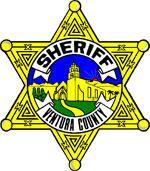 On May 23, 2022, at approximately 1:00 PM, two Fillmore High School students were involved in an alteration on campus. The Fillmore School Resources Officers along with Fillmore patrol officers responded.
The altercation led to one of the students stabbing another. The victim was transported to a local hospital with non-life threatening injuries. The suspect was arrested and is currently in custody. There are no additional suspects or any threats toward any other students, staff, or the public.
The Fillmore School District works closely with Fillmore Police Department to provide support and safety for the students. The SRO’s close partnership with the high school and the school district staff allowed for the prompt response of patrol units and school support resources for the safety and care of the students. The Fillmore Police Department takes pride its relationship with the Fillmore School District and its schools which led to an efficient and coordinated effort during this incident.
Anyone with information regarding this altercation is encouraged to call the Fillmore Police Department or Ventura County Crime Stoppers at the below listed numbers.
Nature of Incident: School Assault
Report Number: 22-67893
Location: Fillmore High School
Date & Time: 05/23/2022 1:00 PM
Unit(s) Responsible:
Fillmore Patrol, Fillmore Detective Bureau, School Resource Officer Unit, Sheriff’s Major Crimes
Prepared by: Detective Sergeant Will Hollowell
News Release Date: 05/23/2022
Media Follow-Up Contact:
Fillmore Police Department
Deputy Jonathan Schnereger (SRO)
(805) 524-2233
Fillmore School District
Fillmore Superintendent Christine Schieferle
(805) 524-6036
Approved by: Captain Garo Kuredjian

Ventura County Crime Stoppers will pay up to $1,000 reward for information, which leads to the arrest and criminal complaint against the person(s) responsible for this crime. The caller may remain anonymous. The call is not recorded. Call Crime Stoppers at 800-222-TIPS (8477).